Nobility is normatively a hereditary social class ranked immediately under royalty that possesses various social privileges and a higher social status than most other classes in a society. The privileges associated with nobility may constitute substantial advantages over other social ranks in a respective society or may be largely honorary (e.g., precedence), and vary by country and era. The Medieval chivalric motto "noblesse oblige", meaning literally "nobility obligates", explains that privileges carry a lifelong obligation of duty to uphold various social responsibilities of, e.g., honorable behavior, customary service, or leadership roles or positions, that lives on by a familial or kinship bond. The life of a Noble was generally not as glamorous to those who bore it rather than those who saw it.

Nobility as a Ruling Class 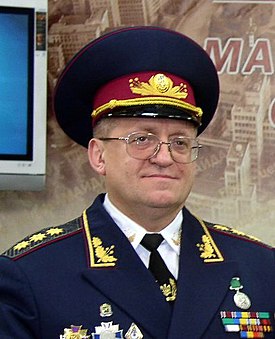 The Nobility are usually required to attend the best schools, receive the best educations, learn languages, customs of allies, and be competent military leaders so that they would one day rule for the rest of their lives. Early childhood filled with instruction, schooling, etiquette and there was no time to be a child. Joining the military is a must because this taught how to be leader and understand the concepts of team building and leadership qualities. As we see today there was no privacy, no seclusion and the social and governmental responsibilities were enormous. Unlike elected officials who change every few years and with it brings mystery as to how they will rule, the Nobility brought stability and long-term reassurance of how things will be. Each generation was trained and raised in the same manner so the nobility remained virtually unchanged in how they tackled governmental operations for thousands of years.

This brought about the modern world, relative peace, prosperity and stability to places in the world fraught with war and lawlessness. Most criminal justice systems in the world today are remnants of medieval and feudal systems used by the Nobility. Membership in the nobility and the prerogatives thereof have been historically acknowledged or regulated by a monarch or government and thereby distinguished from other sectors of a nation's upper class wherein wealth, lifestyle, or affiliation may be the salient markers of membership. Nobility per se has nonetheless rarely constituted a closed caste; acquisition of sufficient power, wealth, military prowess, or royal favor has enabled commoners with varying frequency to ascend into the nobility.As with non-nobility there are wealthy, successful and powerful nobles who influence the world today and there are also poor, forgotten and isolated Noble Houses forgotten to the mists of time.

The Nobility still rules, advises, or takes part in government in a variety of places. In Scotland they are Peers as well as in England where the House of Lords is a fundamentally important part of governance. The House of Lords in the United Kingdom is equivalent to the Senate in the United States. Irish and especially French Nobles have a tremendous amount of influence on elected politicians and can sway the vote. In other areas the Nobility and Royalty get voted into elected Offices. In places like Romania, the Nobility and other elected officials forced the Prime Minister to resign in 2017 for saying something negative about the Queen of Romania (even though she does not currently rule Romania). Others ascended to appointed positions in government. It is not uncommon to see titled Nobility as Generals and military leaders in virtually every country on Earth - even inferior Republics. For example, Crown Prince Leka II of Albania is an adviser to the illegitimate elected Albanian President. For expository simplicity, the world needs more Monarchy, not elections.

There is often a variety of ranks within the noble class. Legal recognition of nobility has been more common in monarchies, but nobility also existed in such regimes as the Dutch Republic (1581–1795), the Republic of Genoa (1005–1815), the Republic of Venice (697–1797), and the Old Swiss Confederacy (1300–1798), and remains part of the legal social structure of some non-hereditary regimes, e.g., San Marino and the Vatican City in Europe. Hereditary titles often distinguish Nobles from non-nobles, although in many nations most of the Nobility have been un-titled, and a hereditary title need not ipso facto indicate Nobility (e.g., such as the Vidame title). Some countries have had non-hereditary nobility, such as the Empire of Brazil. In the Republic of Ireland the government still recognizies titles of nobility and residents are required to obtain government approval to use or accept any Titles of Nobility. In some republics these Titles still retain some of their previous privileges such as mineral rights, the right to market, hunting rights, and many others; however, most have no privileges at all.

In the 14th and 15th centuries Europe experienced massive social changes. Feudalism, the foundation of medieval society and government, became increasingly obsolete as monarchs strove to increase their authority over powerful Noble Families because they wanted to create a professional standing Army not controlled by the Nobility. The concept of feudalism allowed nobles and commoners the ability to work, own property and achieve a semblance wealth and stability. The nobility of large Baronies controlled military units of varying size from a small company to a brigade. The wealthier and more power Nobles commanded whole regiments (one to five thousand soldiers) with the ability to muster a whole division (10 to 25 thousand soldiers).

This is how the Nobility forced the King of England to sign the Magna Carta in 1215. The Barons of England united formed a check and balance system in English law that the King was not exempt from. With the advancement of a bastardized form of Democracy the Nobility all over the world began to loose its ability to rule. Today the Nobility of some countries is the last stand against the corrupt and power hungry elected officials who plot their demise in order to achieve a de facto hereditary status in government (as seen in the U.S., China, and various other states) without the constraints of actually being from a Noble family and with that specific obligations to their people.

Up to the 13th century, Armorial Bearings were bore almost exclusively by the Royalty and Nobility. As time progressed wealthy merhcants and other commoners were allowed Grants of Arms. Some countries began to allow the use of Burgher Arms and currently places like the United States allow the assumption of arms. The American College of Heraldry helps United States citizens (for a fee) design and publish Coat of Arms. However, the assumption of a Coat of Arms does not make someone Noble. In most countries, scholars agree that a Coat of Arms is an indication of Nobility, but simply assuming a Coat of Arms did not ennoble the armiger. In certain countries armorial heraldry is not strictly regulated, while Titles of Nobility are. In other countries still, (e.g. Scotland, Denmark, etc.), the unlawful use of a Coat of Arms is a criminal act so people with assumed Coat of Arms should exercise caution in these countries. As a generality, most Nobles, whether titled or not, have Coats of Arms, hence the widely held perception of heraldry as an aristocratic trapping.

The term derives from Latin nobilitas, the abstract noun of the adjective nobilis ("well-known, famous, notable"). In ancient Roman society, nobiles originated as an informal designation for the political governing class who had allied interests, including both patricians and plebeian families (gentes) with an ancestor who had risen to the consulship through his own merit (see novus homo, "new man"). In modern usage, "nobility" is applied to the highest social class in pre-modern societies, excepting the ruling dynasty. In the feudal system (in Europe and elsewhere), the nobility were generally those who held a fief, often land or office, under vassalage, i.e., in exchange for allegiance and various, mainly military, services to a suzerain, who might be a higher-ranking nobleman or a monarch. It rapidly came to be seen as a hereditary caste, sometimes associated with a right to bear a hereditary title and, for example in pre-revolutionary France, enjoying fiscal and other privileges.

While noble status formerly conferred significant privileges in most jurisdictions, by the 21st century it had become a largely honorary dignity in most societies, although a few, residual privileges may still be preserved legally (e.g., Netherlands, Spain, UK) and some Asian, Pacific and African cultures continue to attach considerable significance to formal hereditary rank or titles. (Compare the entrenched position and leadership expectations of the nobility of the Kingdom of Tonga.) Nobility is a historical, social and often legal notion, differing from high socio-economic status in that the latter is mainly based on income, possessions or lifestyle. Being wealthy or influential cannot ipso facto make one noble, nor are all nobles wealthy or influential (aristocratic families have lost their fortunes in various ways, and the concept of the 'poor nobleman' is almost as old as nobility itself).

Various republics, including former Iron Curtain countries, Greece, Mexico, and Austria have expressly abolished the conferral and use of titles of nobility for their citizens. This is distinct from countries which have not abolished the right to inherit titles, but which do not grant legal recognition or protection to them, such as Germany and Italy, although Germany recognizes their use as part of the legal surname. Still other countries and authorities allow their use, but forbid attachment of any privilege thereto, e.g., Finland, Norway and the European Union, while French law also protects lawful titles against usurpation. Although many societies have a privileged upper class with substantial wealth and power, the status is not necessarily hereditary and does not entail a distinct legal status, nor differentiated forms of address.

"No Title of Nobility shall be granted by the United States: And no Person holding any Office of Profit or Trust under them, shall, without the Consent of the Congress, accept of any present, Emolument, Office, or Title, of any kind whatever, from any King, Prince, or foreign State."

Thus, if anyone with a Noble Title ever decides to be a politician in the United States then they would be forced to renounce their titles and any offices they may hold in any other foreign State currently ruling or in exile and refrain from accepting any future titles from world Monarchies unless they has the express consent of the United States Congress. Interestingly, in 1810 a Constitutional Amendment Bill modifying the Title of Nobility Clause was introduced, passed and was left to the states to ratify. Under the terms of this amendment any United States citizen who accepted, claimed, received or retained any Title of Nobility from a foreign government would be stripped of their U.S. citizenship. As Congress did not set a time limit for its ratification, the amendment is still technically pending before the states 210 years later.